I help people who have been wrongfully injured get the payout they deserve and good people protect their freedom.
I’m passionate about sticking up for the little guy and fighting for those without a voice against the big bullies aka the insurance companies and the government.

If you’ve done your research and looked into other lawyers, you probably noticed that everyone says the same thing… they all say that they “stand up for the little guy” and “fight for those without a voice”.

But I want you to know that I really mean it when I say that I’m passionate about helping the little guy… that’s because I used to be one of the little guys.

See, I grew up in my grandparent’s trailer over by Blue Heron Blvd and Military Trail in Riviera Beach, Florida. If you’re familiar with Riviera Beach, you know that poverty and crime is rampant there.

I’m the first person in my family to ever go to graduate school. After graduating from law school at Nova Southeastern University in Fort Lauderdale, I joined the PD’s office in West Palm Beach where I tried 30 jury trials my first year.

In 2004, I set up my own private practice and limited myself to only representing people accused of crimes and also injury victims.

Since 2001, I’ve tried over 100 jury and non-jury trials to verdict in federal and state courts. I’ve also handled appeals at the Federal 11th circuit court of appeals, at Florida’s 4th district court of appeals and successfully argued before the Florida Supreme Court.

My cases have been covered in popular news media such as CBS 48 hours, Inside Edition, NBC, ABC, CBS and Fox news, among others.

When I’m not wearing my power suit and fighting the bullies, I’m also a dad, a guitarist (I play guitar in Church on Sundays), and a martial artist – I’m a Brazilian Jiu Jitsu purple belt. 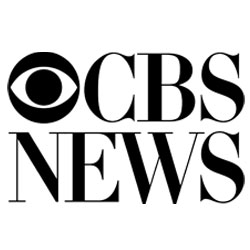 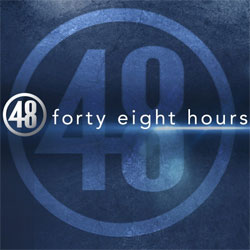 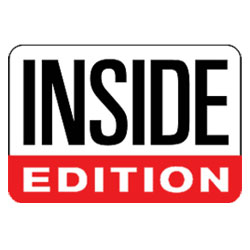 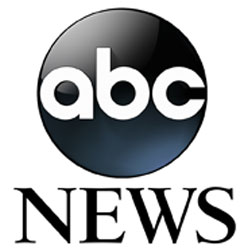 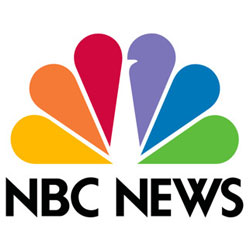 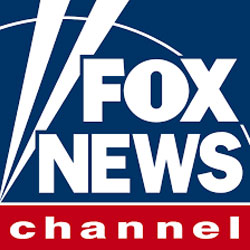 I’m Grey Tesh. I’m a dad and a purple belt in Brazilian jiu jitsu under Burns BJJ.  I love to play guitar in church on Sundays.  I help good people protect their freedom and help injured victims recover money they deserve. I am passionate about sticking up for the little guy.

I was born at Good Samaritan hospital (“Good Sam” as they call it locally) in West Palm Beach, Florida in 1971. When I was little, my mom, brother and I lived with our grandparents in a trailer over by Blue Heron blvd. and Military Trail in Riviera Beach, Florida. If you are not from Palm Beach county, Riviera Beach may sound nice to you.  It isn’t.  Poverty and crime are rampant there.  I’m the first person in my family to ever go to graduate school. I never really knew my biological father. He left my mother and my brother when I was on the way. My mom remarried. My stepdad, who I consider my real dad, reared us. We moved over by 42nd street and Australian blvd in West Palm Beach.  They had a son, Mike. My brother Mike and my older brother Chris both live in Georgia. My parents have eight grandchildren.

In my first career, I tried to make it in the music business. I traveled all around the southeast United States playing mostly blues and Southern rock. In my 15 minutes of fame, I sang with Derek Trucks, who was the slide guitar player for the Allman Brothers Band and is currently playing with his wife Susan in the Tedeschi Trucks band. I’ve also performed with Artimus Pyle, the drummer for Lynyrd Skynyrd, (can you say Free Bird?) the guitar player from Blue Oyster Cult, and opened up for Molly Hatchet featuring the late Danny Joe Brown.  In 2015, I had the opportunity to learn and play with Oteil Burbridge (Allman Brothers Band, Dead and company, Aquarium Rescue Unit, Zac Brown Band) Butch Trucks,(Allman Brothers Band) Bill Evans (sax player with Myles Davis) and Bruce Katz (Greg Allman Band, Bruce Katz band) in upstate New York at the roots rock revival.

I went to school in the day time (when not sleeping in from playing out late nights) at the University of North Florida in Jacksonville. Graduated from there in 1996. I was on the 6 year plan instead of 4.  UNF stands for “you’ll never finish”.  I bucked the trend.

Back when I had hair, I got it cut and went to law school. Now there’s not much on top of my head, so I just shave it. But, there is quite a bit that grows out of my ears and the back of my neck.

I went to law school at Nova Southeastern University in Fort Lauderdale, Florida. I booked (got the highest grade) constitutional criminal procedure, pretrial practice, and appellate brief writing. I was also on the ATLA (American trial lawyers association) traveling trial competition team, where we tried cases against other law schools in front of mock juries.

I’ve always had a passion for sticking up for the little guy. The public defender’s office in West Palm Beach, Florida was a perfect fit for my first job after law school.

I spent time in the appellate division, juvenile, county court, and felony court. According to John Rivera, chief of the public defenders office felony division, I tried more cases in one year than any other public defender before me. I tried 30 jury trials that year. To date, I have tried over 100 jury and non-jury trials to verdict in federal and state courts from New York to Florida. I have also handled appeals at the Federal 11th circuit court of appeals, at Florida’s 4th district court of appeals and successfully argued before the Florida Supreme Court on a right to remain silent Miranda rights case of first impression.  The opinion is here.  I’m board certified in criminal trial law. I’m the past president of the Florida association of criminal defense lawyers, Palm Beach chapter. Also, I am the past chair of the criminal practice committee, Palm Beach county bar association. I am a member of the Palm Beach county justice association, formally called the trial lawyers association. With all the negative press that was orchestrated by the biggest criminals on the planet – the insurance industry – I guess they had to change their name.

Since 2004, I’ve been in private practice. I limit my practice to only representing people accused of crimes and injured victims. If I won the lottery, I would still help people. There’s something inside me that has the always enjoyed sticking up for the little guy. The helpless, the voiceless, the damned, the misunderstood.

One client told me you’re the lawyer that doesn’t act like a lawyer. I thought that was pretty cool. But, it says a lot of negative things about my profession. Or least people’s perception of my profession.

I try to provide solutions for my client’s problems. I don’t talk over their heads. I don’t talk with legal mumbo-jumbo. I give them practical answers to their problems. I communicate with them. I tell them the truth, even if they don’t want to hear it.  I try to put myself in the client’s shoes. To see things from their perspective. That helps me tell their story in a more compelling way.

Often the truth that comes out in the feelings and emotions of the client’s story are more important than the so-called facts. People decide emotionally and then rationalize their decision.

I take a stand – even if it’s unpopular – because it’s the right thing to do. I devise a strategy to win every case.  And I don’t win every case. I lose plenty of cases. As my friend John Rivera used to say “Grey, if you’re winning every case, you’re not trying enough cases.”

When I die, I don’t want it to say on my tombstone “he worked real hard.”  What kind of a life would that be?

I want to be remembered as a great dad to my kids first.

But when it comes to how I will be remembered professionally, I want to be remembered as someone with soul. Who never gave up.  Who got knocked down 5 times, but got up 6.  Who always stuck up for the little guy – especially when it was unpopular. Who stood up against the powerful.  Who did everything he could both legally and ethically for his clients. Who cared about people. Who treated others as he wanted to be treated. Who fought. That who, even when losing, lost gracefully. And when winning, won gracefully as well. Someone who was happy for his client, who he cared about.

Somebody who made a difference in someone’s life. One client at a time.

"Law is not black and white, it's Grey"

Grey Tesh is a personal injury and board certified criminal trial lawyer based out of West Palm Beach, Florida. Since 2001, he has recovered millions for accident victims, won criminal cases at the trial, district court appellate level and even the Florida Supreme Court. In a case of first impression, Grey expanded Miranda rights for all Floridians and got a first degree murder with a firearm case reversed and remanded.

My cases have been covered by CBS 48 hours, Inside Edition, NBC, ABC, CBS and Fox news, among others.  I have been quoted in the Palm Beach Post, Sun Sentinel, etc.  I have argued successfully before the Florida Supreme Court (argument starts at 17:20 on the FL Supreme Court video) on a Miranda rights case, which was a case of first impression on silence and Miranda rights in Florida.  The opinion is here.  The result was my client’s 1st degree murder with a firearm conviction was reversed.  Also, the law on the right to remain silent in Florida was expanded to include pre-arrest, pre-Miranda silence.

I have represented doctors, lawyers, professional athletes, cops, a boat captain importing hundreds of kilos of cocaine, accused so called “millionaire” murderer Donna Horwitz at jury trial and on direct appeal and in the Florida Supreme Court.  Her 1st degree murder with a firearm conviction was reversed and remanded by the 4th district court of appeal and also later by the Florida Supreme Court.

I’m board certified in criminal trial law by the Florida Bar and have tried over 100 jury and non-jury trials to verdict.

The demand and appetite improve meats in technology is only

Premier trial lawyers from each state in the nation who

Premier trial lawyers from each state in the nation who

He applies his expertise, skill, and experience in all criminal

Achieve the best possible outcome though no attorney can

Meet our Expert Lawyer & Attorney Board 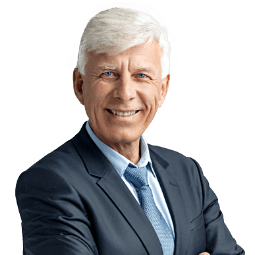 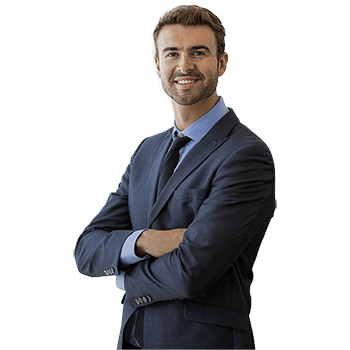 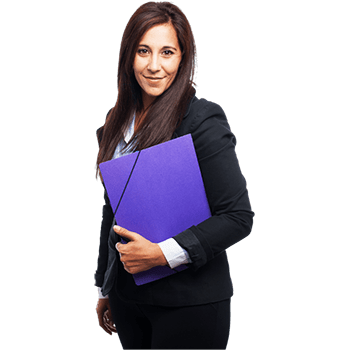 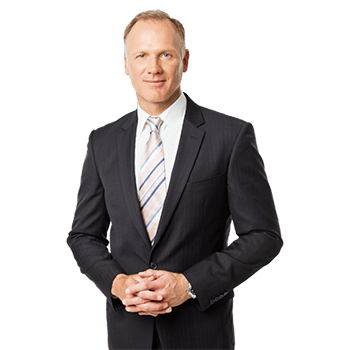 What our client says

“Law is not black or white, it’s Grey”